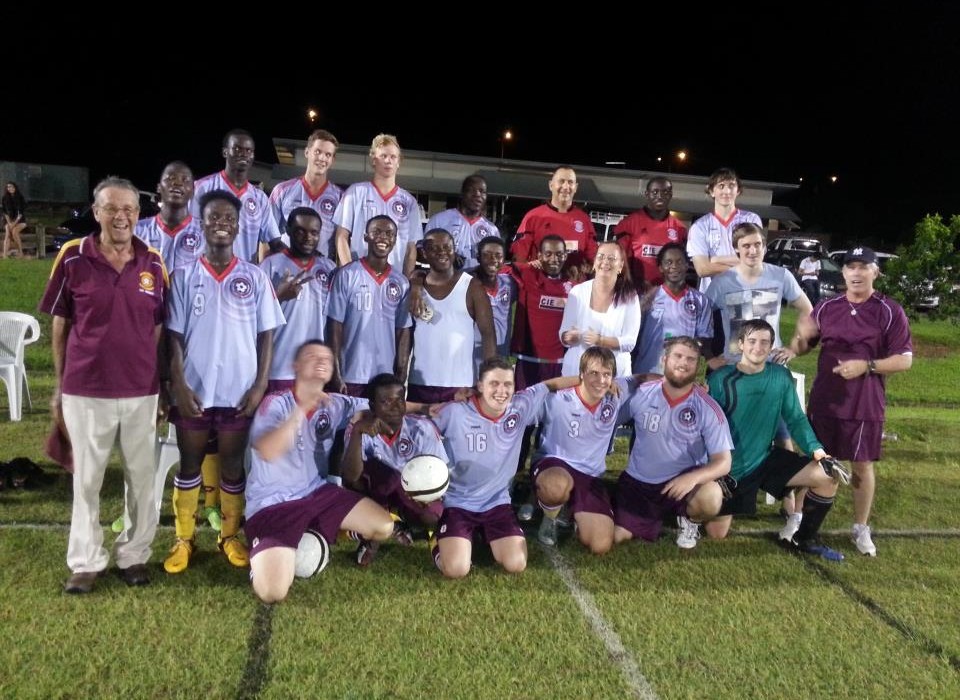 With 49 Goals in 11 matches, there seems to be no stopping the mighty Africairns Zulus from winning the Cairns Annual Multicultural Soccer Tournament this year.

Bigger Australian cities such as Sydney, Melbourne and Perth have much larger African community groups compared to Cairns. Here, the total number of Africans is just under 500, mostly from Sierra Leone, Sudan, Burundi, Zimbabwe, Rwanda, Congo, and Ethiopia, and children and youths constitute a large proportion of this community.

Soccer had been growing in popularity among young African boys over the years, but it had been quite difficult to establish an African soccer club. This was due to lack of basic resources and setbacks when they competed in local football tournaments and galas.

I called all the boys together and with community support established a training routine and a plan to develop our game spirit. We played ‘friendly’ matches against other teams including the Hmong, Bhutanese, Japanese and Chinese community.

We started to win our matches and played games with virtually no incidents of a significant nature.

We participated in the Cairns annual Multicultural gala in September 2012 and secured fourth position. After that excellent finish, we started to take the game seriously. Regular training sessions were fully attended, the coach’s word became law and team discipline and spirit improved rapidly.

Finally, our determination was rewarded. We won our first-ever tournament in a gala organised by the Hmong community in December 2012. We won the trophy and a small purse, but more importantly, the boys realised the change in their own attitudes and their own approach to the game had brought about this success. This increased their determination to excel even further.

Unfortunately, I found out this year that we are still not able to register our team in a division of the Cairns league because of the small size of our community and our lack of resources.  Instead I have encouraged some of the boys to register in other premier division clubs to enhance their capability, and this has paid off very well.

We did, however, register our team in the Cairns Multicultural Soccer Tournament which is currently being held over a three-month period. At the moment we lead the tournament table by a huge margin. The teams we now beat with ease were teams we struggled against when we started early last year. With some luck and without any huge unforeseen events, we are very confident of winning this tournament as we have an unbeaten record and have scored 49 goals in 11 games.

Everyone involved is looking forward to that wonderful day when the proud and mighty Africairns Zulus will, at last, be crowned the community soccer champions of the Far North Cairns region.