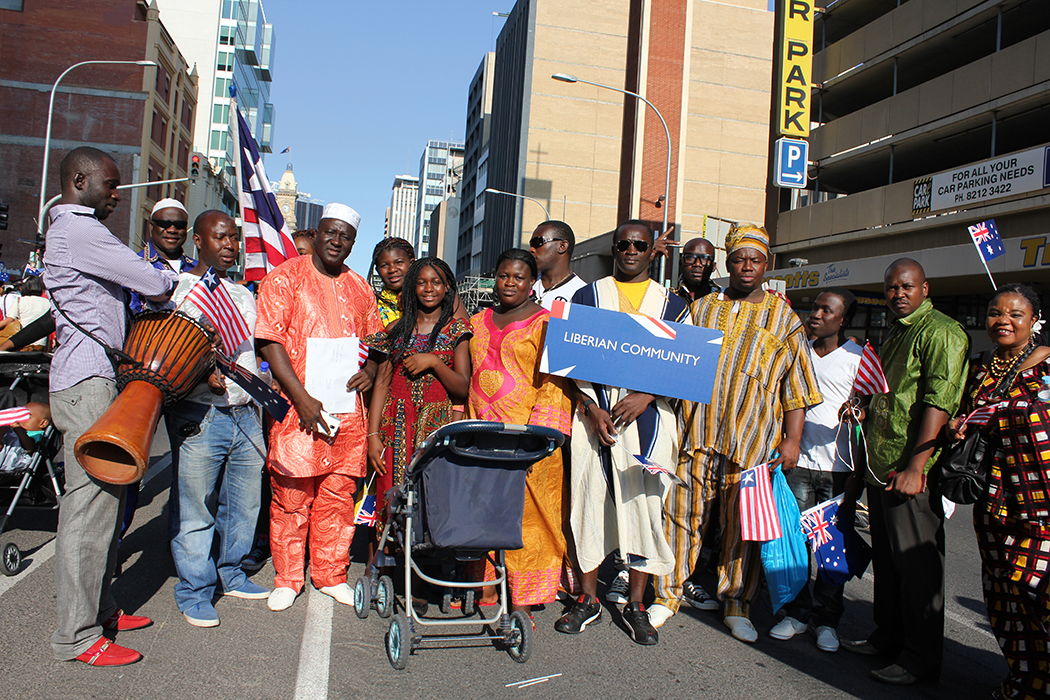 In perfect weather The African Australian community in South Australia were part of the record number of 42,000 people who celebrated Australia Day on Sunday January 26 2014.  Dressed in a diverse range of costumes they created a colourful atmosphere while being treated to a wide variety of music and dance as they paraded in the city to cheering crowd.

Matthew Miles, Executive Officer of the Australia Day Council in SA told SALT Magazine that the event is an opportunity for South Australia’s diverse multicultural communities to harmoniously celebrate together and celebrate Australia’s national day.

SALT Magazine was at the parade and spoke to some of the African community leaders about what the day means to them. It turns out it’s all about giving back to a country that has given so much to the African Australian communities.

Didace Balusasiyeko from the Bantu community (Burundi) said it is a day which makes people think about Australia. “I think it’s the Government’s day and everyone joins in to celebrate it”

It was indeed a festive atmosphere on Franklin Street and the parade to Elder Park proceeded with lot of pomp and ceremony. Afterwards all enjoyed a vibrant concert featuring Australia’s Got Talent finalist Timomatic who was originally from Nigeria.

As we journey around in search of palatable African dishes to share with our readers, we stumble upon Adelaide resident Nazeem Jummun from the…