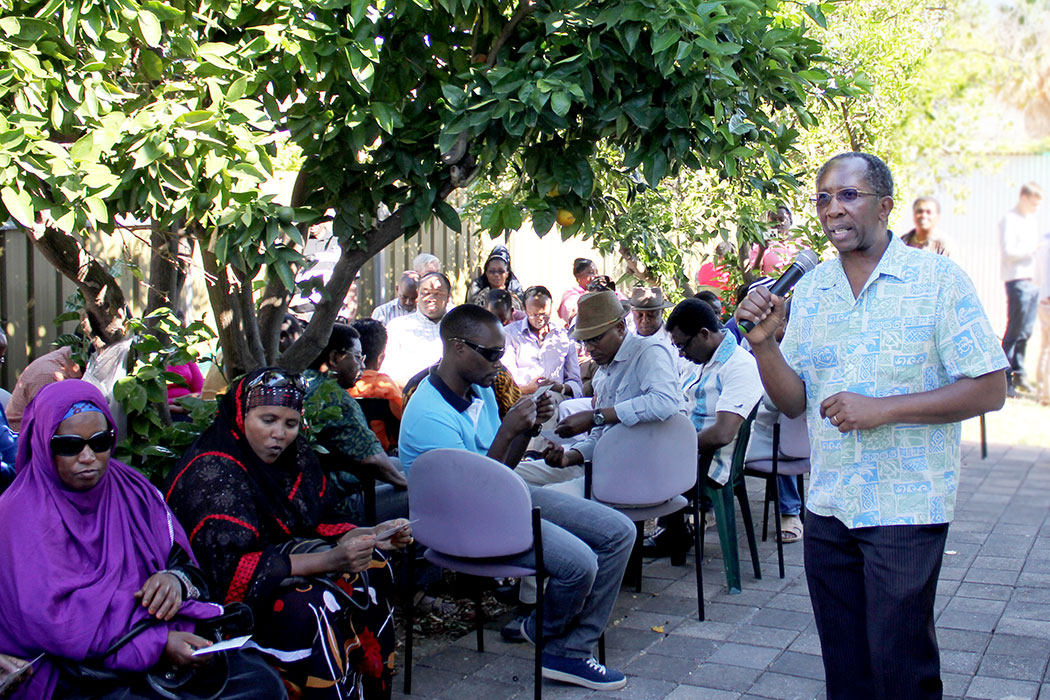 Since his arrival in South Australia in 1996  Dr Joseph Masika has immersed himself in voluntary community and social work with refugees, migrants, and underprivileged and disadvantaged individuals, for which he was awarded the Order of Australia Medal in 2013. On top of all this, he has now nominated to stand as an Independent candidate for the Legislative Council in the South Australian election to be held on March 15th.

SALT Magazine caught up with Joseph to chat about his decision to enter politics.

Joseph started by saying he believes one of the big problems we have in Australia is that the two major parties are unable to give each other the benefit for having good ideas. “If I could make one change I would do away with the term “Opposition” to describe the party which is not in Government” he said, “This gives the impression that one party has to oppose what the other one proposes regardless of how good the proposal may be for the country as a whole.”
As an independent candidate, Joseph says he will be free to compliment or criticise the policies of either major party. “ I have a very strong and specific platform and supporting policies,’ he said, “ these are set out on my website, and my campaign slogan is ‘I’ll stand for you’ as I intend to stand up for all Australians who feel they are not being heard.”

Joseph has worked extensively with African communities in SA and was the former Chair of the African Communities Council of SA. When he stood down he was asked to remain in a special Director’s role to assist its work. He said it was a challenging task in which he did his best to work with South Australia’s diverse African communities. ‘I may have not pleased everyone but I made sure that decisions taken were fair and in the interest of the majority, although obviously you can’t please everyone, every time.”

If elected Joseph said he will work to provide constructive solutions to social and economic issues which impact on those ‘everyone’s’ who may not be part of mainstream society. “I want to ensure that everyone really does benefit from the diversity this state offers and is able to share in all the opportunities that it makes available”

We asked why people should vote for him. Joseph replied “South Australia has been good to me and to my family. I want to repay that gratitude by having the chance to work harder and stronger for South Australians – by standing for everyone. I have the energy and the ideas to make a difference in South Australia’s next parliament.”

We wish him well in his bid to become the first elected African-Australian parliamentarian. Learn more about Joseph and his policies at his website:
www.josephmasika.com

The annual Adelaide Fringe Festival is on again in full force for the next couple of weeks. With a growing number of Africans callings…