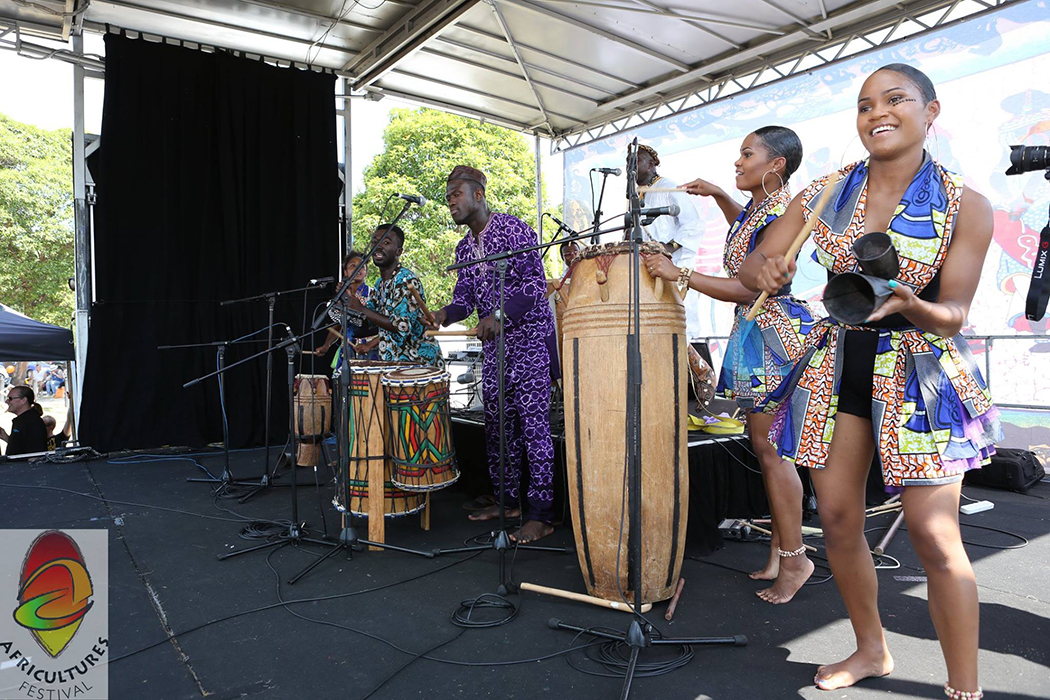 The African Australian community in Sydney were out in full force at Wyatt Park Lidcombe to celebrate the annual Africultures festival which has blossomed over the past eight years to become the largest themed African festival in Australia.

This year’s event was moved to a bigger location to accommodate the multitude of cultures on display. It was a day of fun and activities for families and friends.  The event’s organisers’ estimate over 15,000 people attended from all over Sydney, NSW Central Coast, Canberra, and Melbourne and as far as New Zealand.

Salt Magazine’s contributor Ma Musu Nyande was there to look after our stall and give us a feedback on how it all went and this is how she summed it up. ‘The festival is a celebration of our African heritage, Australia has become our home away from home, but the occasional home sickness kicks in and that’s where festivals like these come in hand. It’s a reminder of who and what we are, even though we are several seas away, our culture and tradition is still alive.

“The Africultures Festival was able to not just capture the differences of the continent but also the similarity. The festival was absolutely amazing and I can’t wait for next year’s event.”

Community leader and member of the Sierra Leone Hunting and Drumming Group Inc Edmondson Cole said the event has continued to improve every year. “We’ve always participated and as community leaders we need to commend the organisers for all their effort for hosting such a successful event which keeps on improving.”

There were about 40 African communities represented on the day with food stalls, performances, market and information stalls, workshops, fashion and a six aside soccer tournament in which Congo clinched the trophy from defending champions Sierra Leone.

Leading up to the festival, mentoring workshops were held for young people participating in the event to enhance their performance and safe food handling training sessions were also held for community groups to abide by Council food safety regulations.”

A story hour element was introduced in this year’s festival as well giving people the chance to listen to the rich storytelling and writing traditions of African Australian writers.

“The Africultures team enjoying working on this project as it allows the community to celebrate all the great the things about its culture and heritage. We enjoyed turning Wyatt Park into an African village,” said Africultures Committee member Zainab Kamara.

The Soil set to perform Down Under