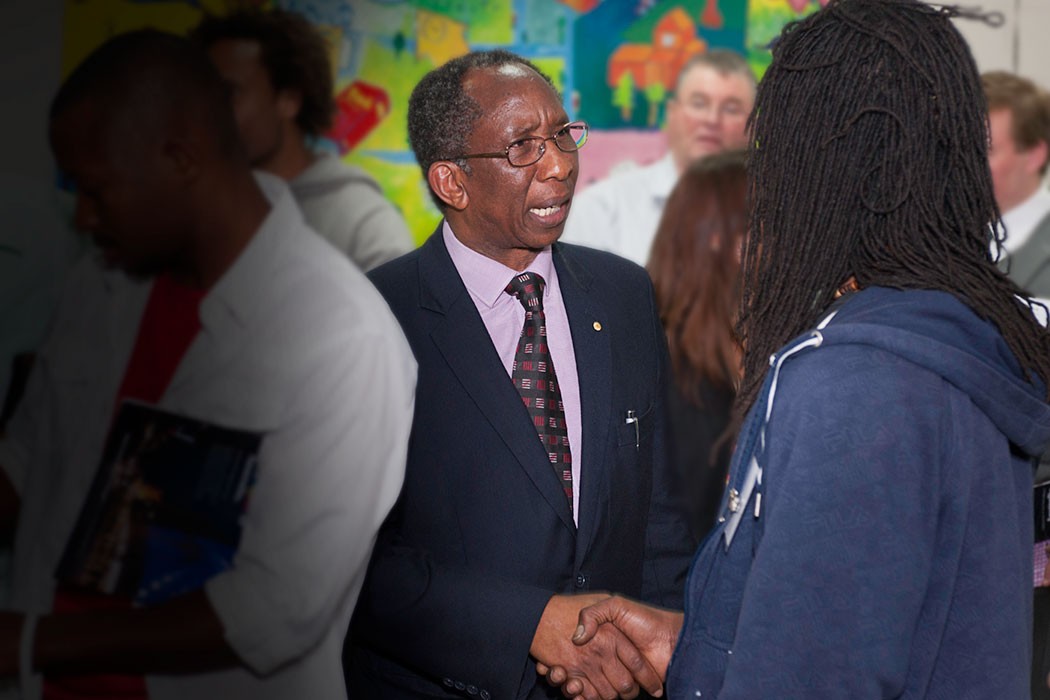 Every four years South Australians head to the election boxes to decide who is going to provide political leadership to the State for the next four years.

It wasn’t so long ago that some members of the African Australian community may have taken little, if any, notice of the local political scene. In fact, maybe even now, many may continue to think involvement in politics is none of their business, however being enrolled as a voter and using that vote wisely lies at the very heart of the democratic system.

Further, in a true democracy such as Australia, all citizens have the opportunity to stand for election into the political system….and this year in South Australia, there are three candidates of African backgrounds who have put themselves forward.

One such candidate is Joseph Masika, bidding for election to the Legislative Council. Since his arrival in Australia in 1996, Joseph has immersed himself in voluntary work with refugees, migrants, and underprivileged and disadvantaged individuals and communities. As well he sits on numerous Boards and Committees and acts as an adviser to several Government bodies.

Salt Magazine caught up with Joseph for a chat:

Thank you for taking the time to talk with us, could I start by asking what were the highlights of your chairmanship of the African Communities Council of SA.

The major highlight of course was helping to unite all the communities under one main organisation. I think we managed to show the political and business leaders of SA that we needed to be recognised as a significant force in the state, especially with the increased numbers of new arrivals in the past 5 years. I think the attendance of leading politicians and ministers at our festivals and functions showed we were successful in this. When I stood down from the Chair last year I was honoured to be elected to the position of Director of ACCSA so that I could still support and advise the new leadership.

How would you describe your relationship with the African communities in SA?

I think I have very good relationships at all levels of the communities, but of course with such a diverse group from many different backgrounds it is not possible to please all the people all of the time. I guess you should really be asking the communities themselves that question.

How does your family fit into your busy life and political ambitions?

Well, I could not do any of my work without the strong foundation of my family who support me and keep me grounded in what I do. So if I could take a moment to thank my wife Lillian, who is also a Doctor, and my children Patrick, Peter, Prince and Pauline who all take a very keen interest in what I do and are especially involved in my bid to be elected to the Parliament.

So why did you decide to stand as an Independent and not as a member of one of the major parties?

I did think long and hard about that decision. I see one of the big problems we have in Australia is that the two major parties are unable to give each other the benefits for having good ideas. If I could make one change I would do away with the term “Opposition” to describe the party which is not in Government. In itself this seems to mean that one party has to ‘oppose’ what the other one proposes regardless of how good the proposal may be for the country as a whole. As an independent I feel I can be free to compliment or criticise, to support or oppose, the policies of either party. For that reason I did not want to join one of the minor parties either, because these days they have to line up with whichever party is prepared to do deals with them.

Does that mean you don’t have a particular political platform to follow – you’ll just do what you think is right at the time, what does your slogan “I’ll stand for you” really mean?

Not at all. I have a very strong and specific platform, together with supporting policies which are set out in full on my website. My campaign slogan means I will represent everyone who feels they don’t have a voice…”you” is aimed at everyone, and my policies reflect that. I am truly standing for anyone and everyone who feels they need a stronger voice in Parliament.

And what is that platform?

I hold as a fact that we are a very diverse and multicultural society in which everyone is entitled to be treated equally and with respect, on the principle that equality and humanity is the basis for a ‘fair go’ in our society.

So are you only looking to represent multicultural ‘minorities’, and do you think you’ll get the support of the African Australian communities as well as mainstream voters?

If I am elected, and whichever party wins, I will help the new Government to ensure that its  policies provide constructive solutions to social and economic issues which impact on those ‘everyones’, including African Australians, who may not feel part of mainstream society. I want to ensure that everyone really does benefit from the diversity this state offers and is able to share in all the opportunities that it makes available. I hope I do get the support of the communities but of course, it is a free and open election and everyone makes their own choice. My running mate, Bob Dixon-Short is very well known both in the African communities and in the wider mainstream. Together I think we are capable and ready to represent all South Australians.

What are your plans if you do get elected, what’s the first thing you’ll do?

If necessary I will make a nuisance of myself. In standing for everyone, I will make a point of ensuring engagement and inclusion remains the priority of the governing party and of every politician in the Parliament.

Why should people vote for you, could you outline some of your policies for us?

I am not tied to one particular political philosophy. My policies are set out in my website: www.josephmasika.com. However some of the areas I will be particularly strong on involve youth unemployment, youth training, disability care, health and families. Each of these areas must be truly inclusive of all individuals and groups, and any new legislation must be fully aware of all the specific problems and issues which are involved. My role will be to ensure those problems and issues are taken into account.

In a few words Joseph, what is motivating you to stand for election, why politics and why now?

Because people are important to me, I want to be their voice where they may feel they do not now have a voice. South Australia has been good to me and to my family. I want to repay that gratitude by being able to work harder and stronger for South Australians by standing for everyone. I think the time is right for me to give something back.