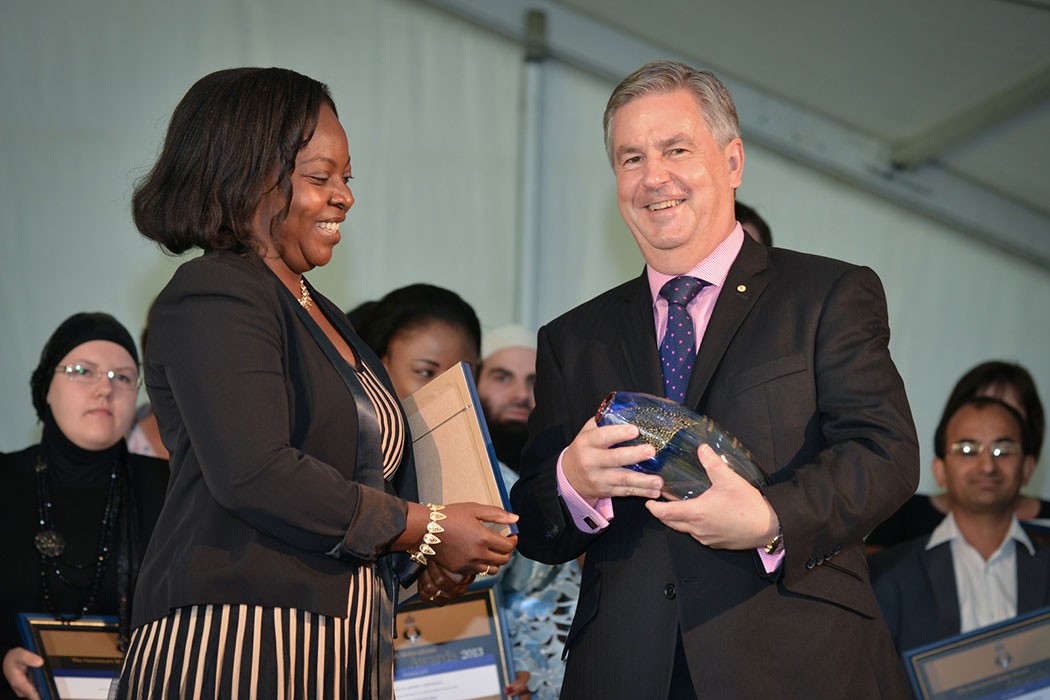 Two African Australians were amongst the 11 recipients of The 2013 Governor’s Multicultural Awards, held on Tuesday 18 February, 2014 at Government House in Adelaide South Australia. They were both recognised for their outstanding contribution to South Australia’s diverse multicultural society.

The Governor of South Australia, His Excellency Rear Admiral Kevin Scarce AC CSC RANR, presented the awards in front of over 300 guests from across South Australia’s multicultural sector.

SALT Magazine spoke to the two winners about how it feels to be recognised for their contribution to SA’s multicultural community landscape.

“I’m very grateful for the opportunity to make a difference in other people’s lives and in my community” said Dr Sumbo who was recognised for her relentless work in supporting South Australia’s diverse communities and her passionate advocacy for women’s rights.

Finda Moyima impressed the judges with her charming initiative Smile at a Stranger Day which encourages the people of Adelaide to stop for just one moment and smile to help young people who come to Australia feel welcome.

Though it was nerve wracking to go up on stage Finda said it is inspiring to be in the midst of such achieving people. “It’s really great to be amongst them and win”

SALT Magazine wishes the winners all the best and hopes that their win will serve as a source of inspiration for others in the community to participate in community building initiatives. 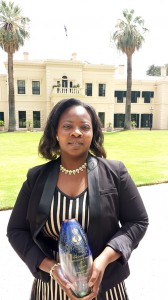 Dr Sumbo Ndi with her award at Government House, Adelaide 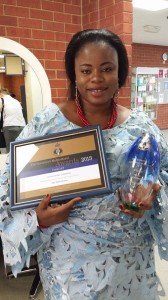 Finda Moyima with her award

Life’s no dress rehearsal for Shedrick

In a case of art imitating life, Shedrick Yarkpai’s recent theatre role was based on a refugee family’s struggle to build a new life….