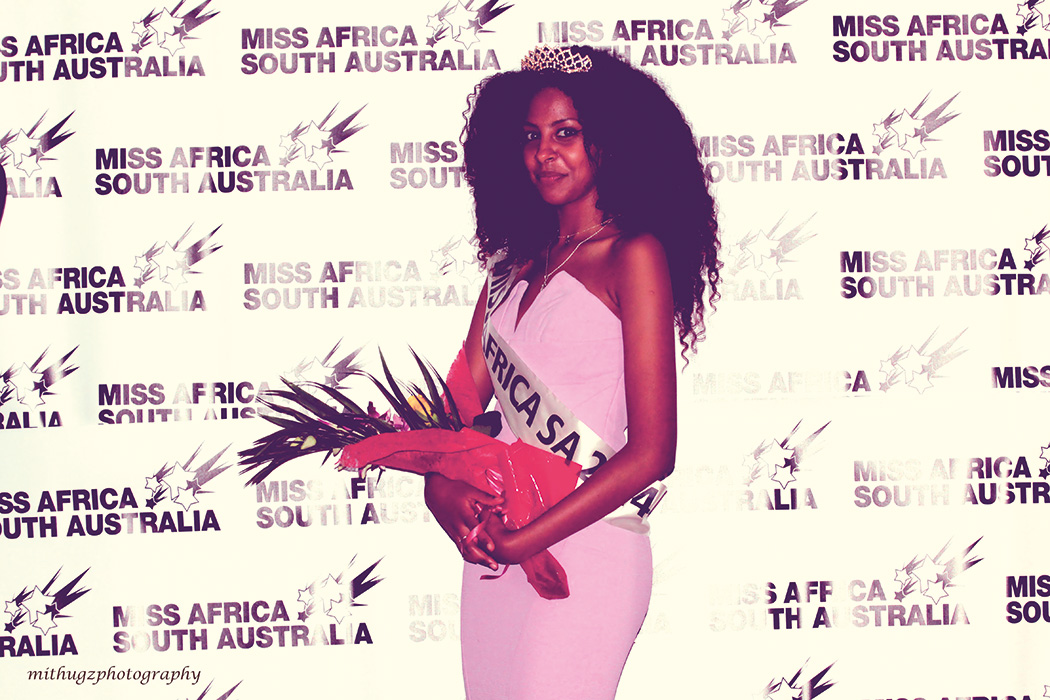 The coronation of the sixth Miss Africa South Australia was held in a glittering ceremony at Felixstow’s Furlan Centre on 25 October, and this year’s winner was 16 year old Lilly Jawi, who is Australian born but of Eritrean background.

For the first time boys took part in the event and Adau Khot, the founder of the beauty pageant, said next year they would be competing for the Mr Africa South Australia title as well.

“The competition uses the love of fashion and modeling to empower young African women, encouraging them to embrace their cultures and giving them the opportunity to share these with their fellow Africans and Australians. Any girl is welcome to enter, and the event has become something for the whole community. It brings everyone together.” said Adau

It was encouraging to hear the crowd cheering, not only for their countries of origin but for all of the participants. There were strong expressions of support and unity.

This year’s winner also believes that this unity is very important amongst the African community. “We need to stick together because we’re stronger that way,” says Lilly, “This competition gives us a chance to come together as a community, to grow and embrace our origins.”

In preparation for the pageant, the girls rehearsed a minimum of two days a week for several months, which meant the girls formed a bond, ‘we kind of became one big family’.

The skills learned through these rehearsals and training has been a platform to greater things for previous participants and winners. This includes 2011 Miss Africa SA, Liesse Kezimana who has recently been crowned the face of Africa Australia and Beza Mickan-White, the 2013 Miss Africa SA, who now pursues a modeling career.

Following her win, Lilly looks forward to becoming a role model for other girls who want to enter the competition. “I was inspired to participate by 2013 winner Beza Mickan-White, and I hope I can influence other young African girls to do what they love,” she says, “I want to make sure they know that it’s not just about the way you look, but it’s also about your attitude, how you carry yourself, how you communicate, and how you treat your mentors and the other competitors.”

And in reflecting on her win this year she said “All the other girls were beautiful in many ways. It wouldn’t have been as much fun without them, and they have all been supportive of me. I wouldn’t have come this far if it wasn’t for them.”

We at SALT Magazine congratulate Lily on her win and applaud her wish to help other young African girls to achieve their dreams. We are sure we will hear more about Lilly Jawi in the years ahead.

You can see all the photos on our Facebook page.

Half of a Yellow Sun now available on DVD

Based on the novel of the same name by Nigerian author Chimamanda Ngozi Adichie, the film covers the human aspect of the Nigerian Civil…