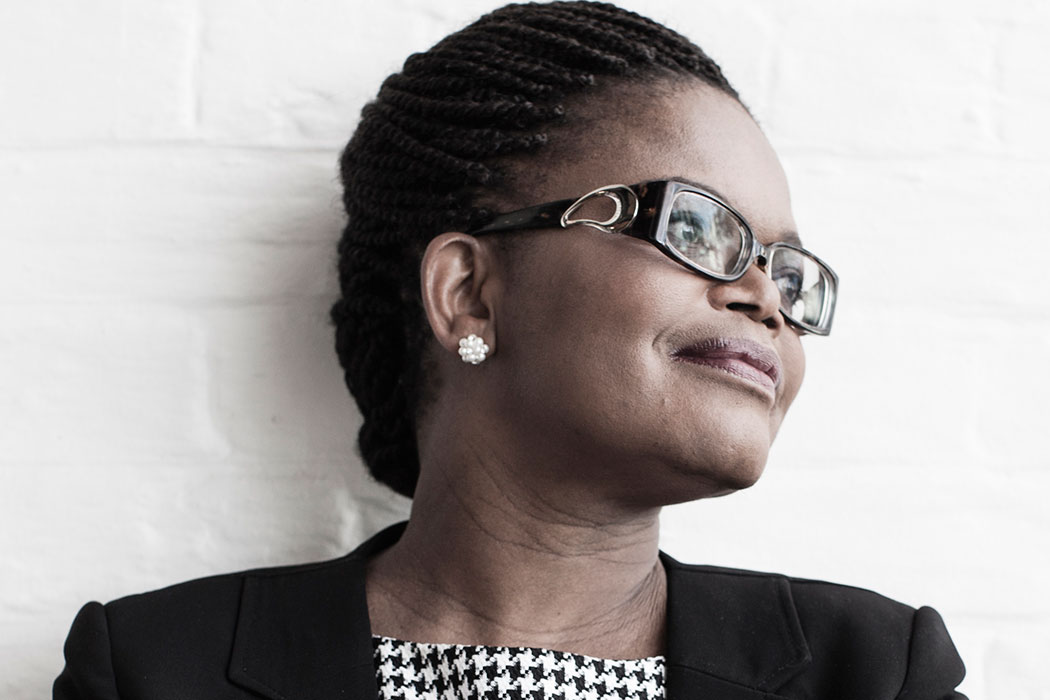 Beatrice Mtetwa has a message for all Africans now living in the “west” and who have seen a different way of life – For the future good of Africa, become politically involved and committed.

Beatrice has suffered detentions, beatings and deprivation in Zimbabwe, as a result of defending the rights of her fellow Zimbabweans against the corrupt excesses and abuse of power of the Mugabe regime. Yet, she remains resident in Zimbabwe, defiantly continuing her personal war against its injustices, and steadfast in her determination to speak out despite the constant threat of harm, even death, in a society where political democracy is an outrageous sham.

In May this year, Beatrice was invited to present the Australian Human Rights Centre, Annual Public Lecture, and during her time in Sydney,  SALT Magazine was honoured that she granted us some of her valuable time to take part in a telephone interview.

We started by asking her about her continuing conflict with the Zimbabwean government.

“If I am nothing else,” she continued, “I am a true believer in the rule of law. If a government claims to have laws that say people are entitled to legal representation of their own choice, then lawyers should not be intimidated for following the dictate of that law. Everyone, regardless of political affiliation should be entitled to their rights, and why on earth should I be made a criminal or beaten for abiding by what the law says?”

It is a matter of record that since 2001, the Zimbabwean press has been subject to draconian laws which control the rights of journalists, and effectively prevent them from writing anything critical of the government. In fact many publishers were forced to shut down, and individual journalists have been charged with criminal defamation and pursued through the courts for writing articles which are seen to be anti-government. As a result, remaining journalists self-censor for fear of legal repercussions and the impartiality of the press becomes seriously compromised.

Beatrice strongly believes that for many African countries, not just Zimbabwe, the only way forward will be to appoint strong, independent anti-corruption commissions, headed by people of impeccable reputation and substance who will not be afraid to deal with all levels of the corruption which infects the continent. Sadly, however, she sees this as little more than an unreachable dream, given that unbridled power and corruption at the highest levels, ensures and maintains the status quo.

Somewhat scornfully she says, “African leaders think that they are kings or chiefs. Once they get in power they don’t want to leave and they don’t like or want criticism. Making criticism a criminal offence leads to human rights abuses because people will continue to criticise regimes which need to be criticised”.

She then spoke about the selective approach of ‘civilised western countries’ to African regimes which flagrantly abuse human rights, saying “Any country which fails to protect its own citizens must be accountable regardless of economic interests.”

When asked about the affect her work has on her personally, Beatrice sadly recalled what she said was her most challenging time. “In 2008 a number of my clients were abducted and ended up in the mortuary – dead. Nobody in government claimed to know how they died, and nobody seemed to care that they had died. Neither the government nor the police have ever investigated those deaths –then or since. The people responsible for those deaths in 2008, remain free, capable and able to do thesame at any time, with no prospect of punishment.”

It is to her credit that even with that constant threat, she remains committed to her work and to her principles. “I keep doing what I do because I am able to give access to justice to the ordinary people of Zimbabwe. I feel good when I know I have given someone a chance they would otherwise not have had because they could not afford a lawyer.”

In conclusion, Beatrice expanded on her message to all Africans now living in the diaspora – “Imagine the impact you will have if you, and many others like you, after being exposed to how things are in the place you now live, take those learnings and principles back with you, make every effort to become part of your home country’s leadership, then instil your newly formed values to  build an Africa we all want.”

SALT Magazine is privileged that Beatrice Mtetwa gave us her valuable time to share her dreams of a better Africa. We ask our readers to join with us in admiring her courage and her loyalty to her country, and most importantly, encourage you to hear her message and do all you can to help Africa realise its full potential.

Do it in a dress for girls in Sierra Leone