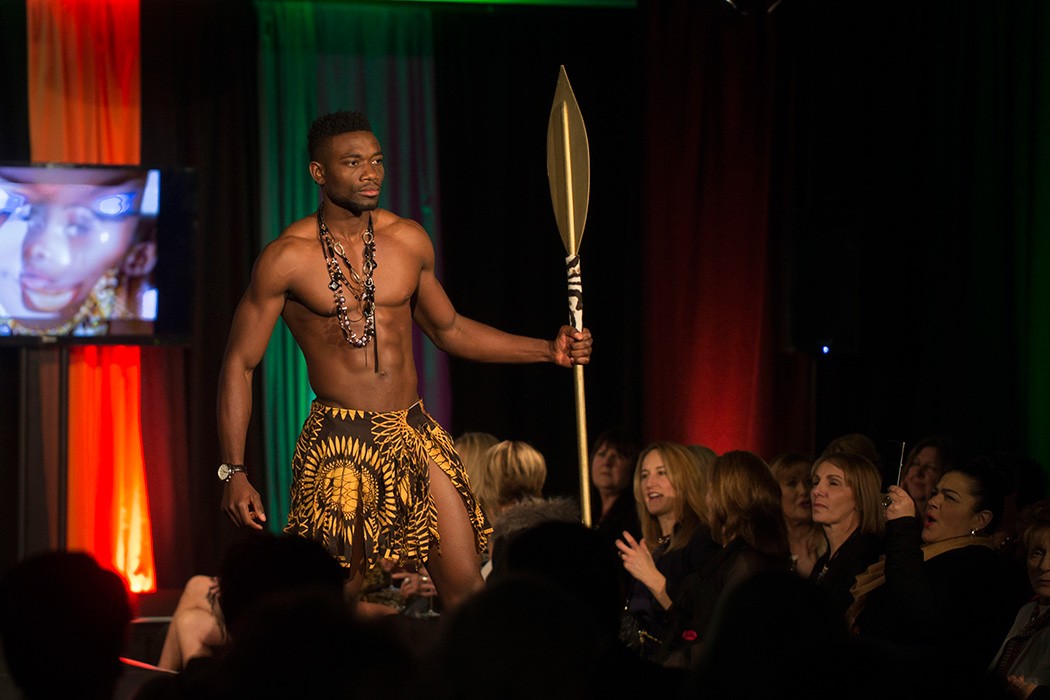 Modelling isn’t a career many men will consider pursuing but in recent years this negative stigma has changed and it has encouraged a growth in numbers of men considering a career in the fashion industry.

Following this trend, Tyra Banks, co-creator of television’s America’s Next Top Model recently added male contestants to the show, as a fundamental step in addressing the stereotype of “male” models widely held by the general public. The show featured male models across a variety of differences – calibre, race, originality, and, indeed, masculinity – and exposed a fear most men have in following a career in modelling – that their masculinity and sexual orientation would be questioned.

Congolese born Hubert Sola now calls South Australia home, although he grew up in a traditional household where his parents were very vigilant about the choices he, (and his siblings), made regarding their careers. With the foundation of African culture having an emphasis on masculinity, machoism, and virility, one would think male modelling couldn’t be a career many families would recommend for their male children.

However, Hubert has always loved fashion for the freedom it offered to express one’s personality through clothing, and when he first considered modelling, he saw it as a pathway into a theatrical career. His passion and commitment meant he gained his parents’ approval and support to chase his dreams of success.

We asked Hubert how he felt about the stereotype male-models have, both within the African community, and mainstream society, “I’ve had my sexuality questioned by so many people because of my chosen career. Most of my friends warned me about joining the industry just because they knew the reputation modelling has within our community.”

Conversely, he then offered the opposite view that is held, which he also believes is incorrect – “Through what the media chooses to represent, many believe male models have women dropping at their feet. But I avoid telling girls I am a model, because it becomes a turn off. They may perceive you as cocky or stuck up and it took me a while to advertise my modelling pictures on social media because I didn’t want to be judged only by my occupation.”

We asked him if he thought that being an African is already challenging enough without pursuing a career outside our expected status quo. Again Hubert was philosophical about his career choice and his situation.

“When people first see my name,” he said, “they somehow assume I am French. Then when they see me during casting or audition they are surprised. I am proud of my history and my culture, it’s fundamental to my well-being and it is who I am….but that doesn’t mean I am not doubtful at times when I don’t get call backs.”

We asked if he ever considered going internationally to further his career, places like the United States and United Kingdom where the demand for male models is higher than Australia. “Modelling is my pathway to something bigger. I am working hard to make my dreams a reality and modelling is a guided path to that. I will do what I have to do to achieve those dreams,” he said, displaying his commitment and his drive for success. “In the meantime I want to show guys in general that it is okay to be a model, and even though I’ve only been doing this for three years, I can pass on what I’ve learnt and give them the opportunity to express themselves freely. I was a contestant in the Mr Africa South Australia 2014 competition, and now other boys have stepped up to show their interest for the 2015 competition.”

We at SALT Magazine are sure Hubert will succeed in all he sets out to do and we wish him well on his journey to success. Follow him on Instagram @Officalsshat3003 and facebook @HubertSola

When you meet Emily Tanui, a vibrant and active member of Adelaide’s African community, it is hard to imagine that in June 2012 she…