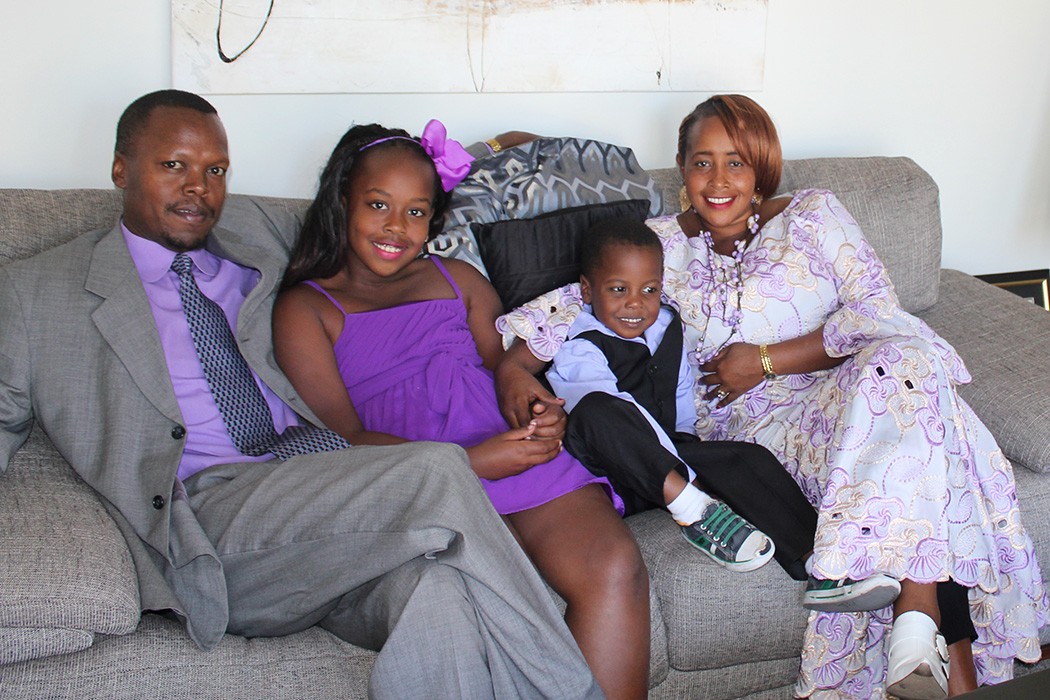 When you meet Emily Tanui, a vibrant and active member of Adelaide’s African community, it is hard to imagine that in June 2012 she suffered a life threatening stroke, so severe, that even if she survived, doctors held little hope that she would ever be able to lead a normal life again. Yet, survive she did, and with the support of her family, expert medical attention and her own gritty determination to succeed, Emily overcame all the obstacles and now shares her story with us.

A stroke is a serious medical condition that occurs when the blood supply to the brain is cut off. In Australia it remains the second biggest killer after heart disease, with about 50,000 cases recorded every year….that is about 1000 occurrences each week. Emily suffered a haemorrhagic stroke which accounts for about 15% of stroke cases and tends to produce more severe consequences.

Emily remembers the day she was struck down.

“I was busy with household chores before heading to a party I was organising for a close friend. After finishing my chores I felt a sharp sudden headache and decided to get some Panadol. But for some reason I kept dropping the tablets. Britney, my daughter noticed and yelled out ‘Mum stop playing with your medicine!’

But I again dropped the tablets and I began to feel really dizzy and leaned against the wall to support myself. That’s when Britney became worried and called my husband to help.”

From that point Emily said the rest is a blur, but luckily for her Bernard, her husband, didn’t hesitate and called an ambulance straight away.

“I was in a coma for 4 days,” Emily continues, “When I finally opened my eyes I saw Bernard, and some other relatives by my bedside. But I couldn’t recognise any of them, although I felt that Bernard was somewhat familiar.”

It was then that her doctor told her that she might not make a full recovery and she began the long, painful process of rehabilitation. The next 12 months were challenging times, and she remains very grateful for the support and encouragement she received from her family and friends.

Her hard work and persistence was rewarded, and she has now made a full recovery with no loss of faculties.

Emily’s husband, Bernard was her rock during those trying times. “He was my everything, my care giver and my comforter,” she said, “He was there for me one hundred percent, he stayed by my side through the most difficult time of my life. I am also so grateful to the Australian Government who granted my mum a carer’s visa so she could come and care for me too.”

We asked Emily what effect the experience has on her life.

“I learned there are risk factors that I was not aware of, weight, and blood pressure especially. I now have a new vigour for life, I have been motivated. I have completed a Master’s degree and I am about to begin another one. Oh, you have no idea just how much I have been motivated to make the very best of my life.”

That Emily has become a proud recipient of African Australian Celebrates ‘Young Leader Award’ and the UN International Women’s day ‘Irene Krastev Award’, is positive proof of both her full recovery and her motivation.

In sharing her story, Emily hopes to make people from the African community more aware of the dangers of a stroke. “It can strike anyone at any age – I was 37. We need to know more – the causes, the symptoms, and the treatments. These are the things we need to talk about.”

SALT Magazine urges our readers to find out more from the official website here.

Hair – (politics and rituals of beautification as a means of bonding, healing and remembering)

My earliest memories sit close to the front of my mind with the sickly sweet scent of ‘Pink’ hair moisturiser, the numb pain of…