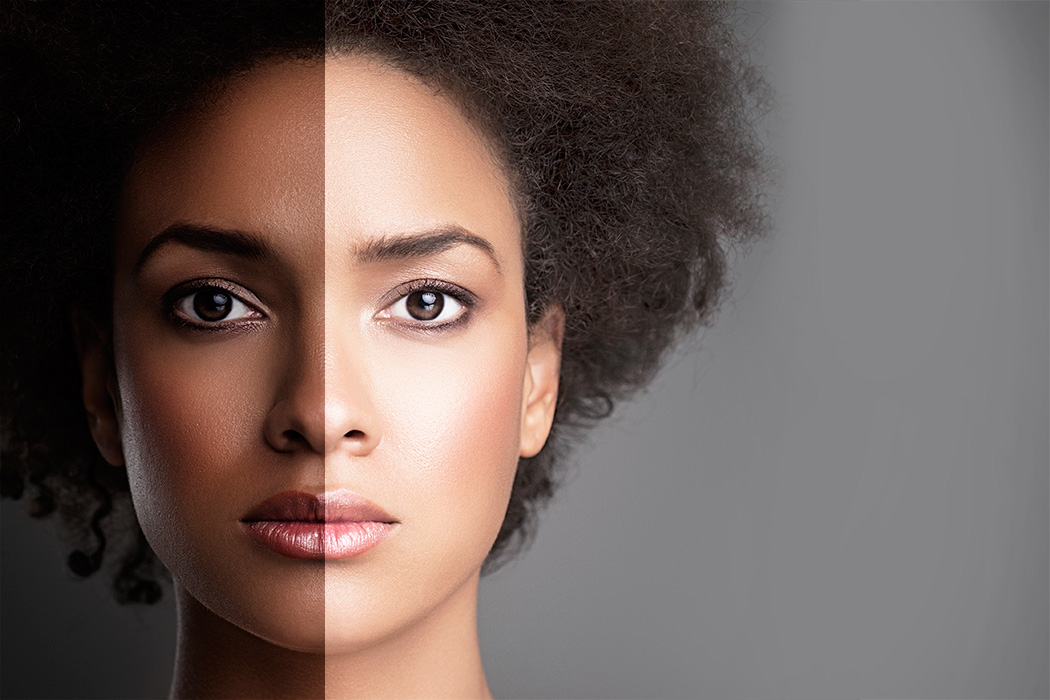 No, not the Disney character.

I am a first-born in my family. When I was young, I remember emulating everything I saw in my immediate surroundings. Since most of our daytime was spent with a nanny, I would observe what she did, and copy her. Whenever she was going out of the house, she dusted her face with baby powder. As soon as she was out of the door, I would do the same. I remember feeling a great sense of achievement; I was proud as punch.

Never mind that I actually looked like cloudy ash had been deposited onto my face. You couldn’t tell me anything though. Any trend that I observed with my nanny, I attempted as well. One such trend that began to sweep the nation was skin bleaching or skin lightening. I remember a cream called Fair and Lovely that promised transformations like no other. The ad for the cream is still ingrained in my memory. A beautiful dark-skinned lady would apply a small amount of cream to her face, and voila! After some stars flashed across her face, her skin would be noticeably lighter, and she looked happier!

It did not take long before Fair and Lovely became all the rage. So I also jumped on the bandwagon, stealing squeezes of the cream whenever my nanny was away, and applying it to my skin like I saw on TV; and I would also finish with a happy smile. In my head, I had transformed after one application, and I was now light-skinned and beautiful.

See that’s the thing, dark skin was not considered beautiful. My skin is not very dark, but at some point, I had bought into the idea that in order to be considered beautiful, my skin had to be the same colour as a ‘point five’ or ‘pointee’ (a half-caste mix of African and Caucasian).

I saw it in my nanny and many other nannies as well. Anyone with naturally light skin automatically qualified for the ‘beautiful’ category and was the subject of the envy of many. No sooner had Fair and Lovely hit the shelves than fad creams began being introduced to the market. The creams offered dramatic skin colour transformations within a few days, and it goes without saying that they also were flying off the shelves.

Skin bleaching became the norm. I noticed that if there is an industry that will never fail, it is the beauty industry and anything associated with it that offers the illusion of everlasting satisfaction.

I remember seeing women and men alike who had fallen victim to dangerous skin lightening creams which contained mercury and other harmful ingredients, and their skin colour tragically distorted into a bluish-greyish mash-up. I remember stark contrasts between the faces and lips of users of bleaching creams. Others were betrayed by their elbows and knuckles. Surely, I thought, after seeing all the adverse effects of using such creams the fad would end.

Cut to ten years later, and skin bleaching is still popular. Nowadays, there are all sorts of skin lightening treatments, with some professionals offering full body treatments to avoid any uneven results.

I think if you pay less attention to the noise out there, you can notice the unique beauty that lies in You.

You with skin so dark and so flawless.

You with skin so light and delicate.

You whose freckles are a trademark.

Don’t hide your skin. Let it be an introduction to your heritage.

Originally from Kenya, Dee is an aspiring writer with a Bachelor of Laws and Bachelor of Media Studies from the University of Adelaide. She is currently doing a Graduate Diploma in Legal Practice.