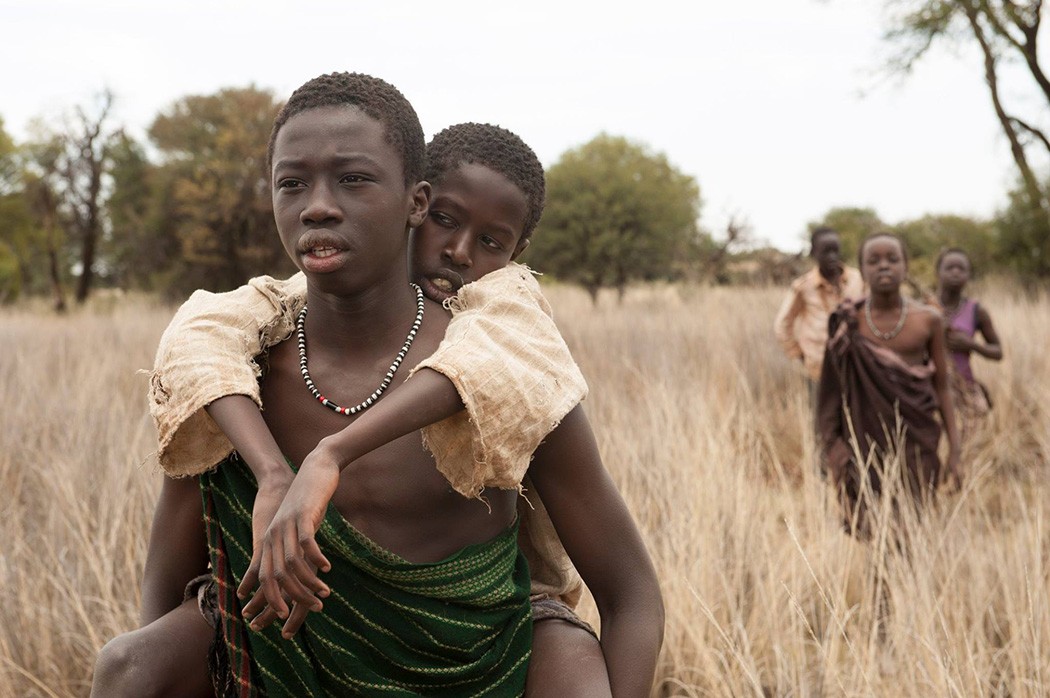 I am a refugee, and it’s not how I choose to identify myself, but it’s my truth. Growing up I heard stories, not just from my parents, but from family friends explaining their experience during the South Sudanese Civil War and how they found refuge in Australia. The Good Lie, like many of the stories I’ve heard, shows the effect the decisions of others have on us, that we are part of a bigger picture, and that the actions of individuals or groups play a larger role.

The film follows four South Sudanese children fleeing the War and later arriving as displaced adults in America. The first scene is arguably the strongest; it captures the unity of family and, rightfully, the culture of the South Sudanese people. It follows a young group of survivors trekking on foot towards the Kakuma Refugee Camp in Kenya after their village was attacked.

The Civil War saw roughly two million people killed not only by the fighting, but by the resulting famine and disease. The conflict brought with it circumstances that would permanently alter the lives of thousands of Sudanese people.

Wandering in and out of war zones, the ‘lost boys’ spent the majority of their time in dire conditions, suffering from hunger, dehydration and exhaustion. Some were even attacked and killed by wild animals (working his first job in America, film character Paul shows the scar he got from a lion attack); while others drowned crossing rivers; and many were caught in the crossfire of fighting forces.

You watch each character suffer not only physical pain from the ordeal but the emotional demons that travelled with them, even to the ‘land of the free’ (USA). In their sleep, they heard the cries of women and children, and the gun shots that took their families away; and they felt the fear of never fully being free.

The Good Lie tells a story about those displaced by the war who were later identified as the ‘Lost Boys’. Their stories draw us into their experience of the wasteful strangeness of the West, ensuring that we see the world through their eyes looking out rather than in. Director Philippe Falardeau captures the vulnerability and resilience of these orphans, with great cinematography by Ronald Plante that helped emphasise it.

Four million people in Southern Sudan were displaced at least once and often repeatedly during the war. Even though many have found a new place to call home, their hearts still continue to beat to the rhythms of an African drum. Not all demons are conquered overnight; they are conquered when those who walked before us provide for us what they didn’t have and watch us achieve dreams beyond their imagination.

We live in a generation where a lot of us have become blindsided by the sacrifices made not just by our parents but by those who went before us. In Tyrion Lannister’s words, ‘Never forget what you are, for surely the world will not. Make it your strength. Then it can’t be your weakness. Armour yourself in it, and it will never be used to hurt you.’

In that case, I embrace a title I don’t mention on my resume or any other document. I embrace that I am a refugee and, yes, my family did flee war.

Refugee students and teachers recognised for excellence in Canberra

Students from new and emerging communities, and their educators, were honoured at the Education Exchange & Recognition of Excellence Awards held at the Hedley-Beare…