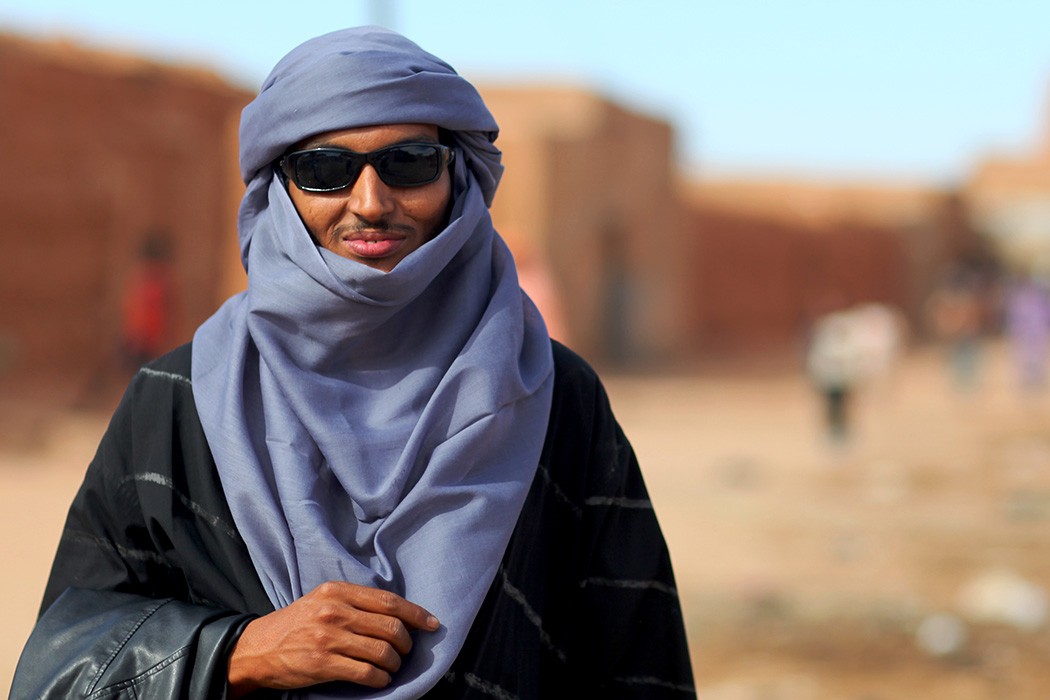 Niger’s most sought after guitarist and music legend will be performing live in this year’s WOMAD Music Festival in Adelaide.

The son of poor villagers from the Tuareg Ifoghas tribe in Agadez, desert blues sensation Bombino has defied all the odds to become a celebrated musician listened to by millions around the globe.

He mastered the guitar playing with renowned Tuareg guitarist, Haja Bebe where as a young man he gained the nickname “Bombino”, derived from the Italian word “bambino”, which means ‘little child’.

In collaboration with producer Dan Auerbach of The Black Keys he recorded his breakthrough album Nomad in 2013. His style of music brings a distant Islamic culture unexpectedly close through the universal language of rock’n’roll.

SALT Magazine got in touch with Bombino whose real name is Goumar Almoctar via email to get an insight into his music and his planned trip to Australia.

At what age did you start singing?

What is your album ‘Nomad’ about?

Nomad is about many things: love of family, pride in our culture, the power of the human spirit, amongst many other subjects.

How would you describe your music?

I describe my music to people outside Africa as African or desert blues and rock.

Some artist sings about love, social injustice, and peace etc., what do you sing about?

I sing about love, social injustice and peace as well as a respect for culture, for humanity, for nature.

Which language do you sing in? And what is the general response to your music in Niger?

I sing in Tamasheck which is the language of the Tuareg people.  People in Niger appreciate my music very much.  I am very fortunate to be among the most popular artists in Niger at the moment.

Is this your first time to Australia?

What do you know about Australia?

I do not know a lot about Australia but I had a really wonderful time on my first tour there.  The people are very friendly and the society is very advanced.  It was very cool for me to experience.

How many people perform in your band and do you have dancers?

There are four people in the band.  We all like to move and dance around but for this tour I do not have anyone who is just there as a dancer.

What should we be expecting for your WOMAD performance?

You should expect a lot of energy from the stage.  We love to get people to dance and get lost in the music.  I like to push the tempo like a jockey pushes a racehorse.  Mostly though, we hope to be creating a big party and lots of joy among the audience members.

Any message for the WOMAD fans waiting to see you in Adelaide?

Get ready to dance and sweat! We are going to show you how people party in the Sahara!