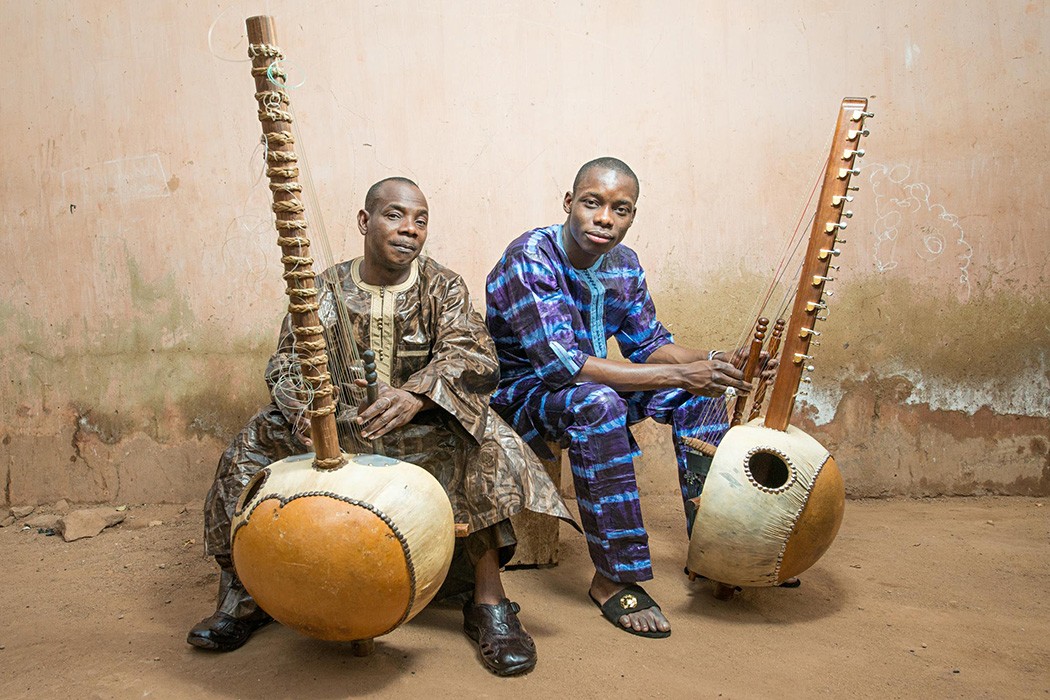 A style of music that spans generations and maintains it uniqueness throughout the years is coming to Adelaide.

Father and son duo, Toumani and Sidiki Diabate from the West African region of Mali are poised to mesmerise WOMAD with their undisputed Kora skills and harmonious story telling vocals.

Following the footsteps of his father who is considered the world’s greatest kora player, 23 year old Sidiki has become a celebrated kora player in his own right and is the latest addition to the Diabate musical dynasty. Speaking to SALT Magazine by phone from Mali, he opened up about the upcoming tour and his style of music which infuses traditional rhythms of his ancestors with modern soul and hip hop.

As a young and upcoming artist building his own fan base with a rising global popularity Sidiki said he doesn’t feel intimidated playing alongside his famous dad.

“I do not feel pressured when singing next to him, actually I feel completely at ease. I was motivated to follow in my father’s footsteps because I grew up in a house of music – everything revolved around music, and the love you have for music continues with you throughout your life.”

Sidiki started playing the kora at the age of five, and considering that most of the young generation of African musicians are straying away from the traditions and embracing contemporary hip hop and rap, we asked Sidiki what his thoughts are on the effect western music is having on traditional African music.

“I think it is a positive step that will help African music advance,” he said, “I intend to take traditional music, modernise it and write lyrics for it as I really like the sound of the mixture of both. When you take a pop song and use the kora with it the result can be amazing, so the two joined together is going to help African music evolve”

According to Sidiki the message in his songs also reflects the prevailing societal challenges facing his country and Africa as a whole. “In our world there is war, war of famine, war of poverty, so these issues are always a part of our story”

Sidiki is excited and looks forwards to his trip with his dad to Australia.  Asked how many of his family are coming for the performance, Sidiki intriguingly responded, “Just us two, but you’ll see!”

“The experience people are going to get with the kora is going to be really magical and amazing, we are all going to be part of one family and we’ll go on a journey to Africa” he said.

While we wait for their arrival, SALT Magazine wishes them a safe journey and looks forward to their performance which we’ll review and share with our readers.

You can grab your tickets for WOMAD here.