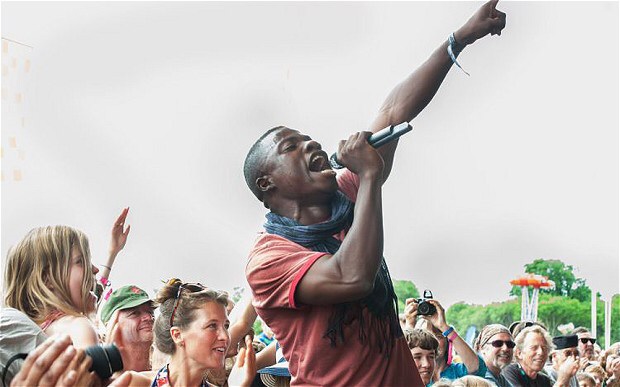 WOMAD musical festival is fast approaching and musicians from all over the world are in preparation mode for their journey down under.

Joining us in March this year in Adelaide’s Botanic Garden for a spectacular performance are the Malawi Mouse Boys named the year’s best gospel album in 2014 by Songlines Magazine in the UK.

Performing together since childhood, their story is one of inspiration as they tackled daring obstacles in their quest to become acclaimed musicians in their own right. From a gospel background singing in their native language of Chichewa mixed with English, the boys blend their strong vocal harmonies with upbeat rhythms generated from crude improvised musical instruments to generate a resounding and captivating musical force.

At a young age this group of young boys hustled along the roadside leading from Blantyre to Lilongwe, selling barbecued mice meat to passing passengers. As luck would have it, that’s how Grammy Award winning producer Ian Brennan stumbled upon them while out and about in Africa searching for raw talents. Ian was moved by their upbeat harmonious melodies and decided to help them record their own music.

Armed with a portable studio, Ian went to the boys’ village and recorded their first album which debuted as the first world music album in the amazon music chart. Since then they’ve been invited to the WOMAD music festival in the UK, toured some states in the US and are now heading for Australia. SALT Magazine spoke with Ian to get an insight into his motivation helping these boys to overcome their challenges and take on the music world.

The first thing that attracted Ian to the boys is their extremely strong vocals and determination to succeed. Living in a desolate village, where there are no music shops around to buy musical instruments, the Mouse Boys were eager to build their instruments themselves.

Ian said the boys built their own versions of guitars and their own drum kit from dried animal skin and bicycle parts, also incorporating plastic materials. “They primarily use a four string guitar, a regular guitar, an acoustic guitar as a base, their voices and percussions like shakers and handclaps”

We asked Ian how they use these crude implements in the big stage arena. According to Ian in their UK WOMAD performance which was their first big gig in front of thousands, they delivered a rousing performance to his surprise. “We didn’t know what to expect and what it’s going to be like on stage, first they did a club performance as a warm up and then the next day performed on a big stage in front of 10,000 people and they were incredible, so much energy coming from the stage”

When they were in the US recently Ian said they kept getting stronger in each performance. “They have been incredibly effective in conveying, transmitting, generating and reciprocating energy with the audience”. He said

The group of eight now comprises four outstanding individuals who have basically been playing together their entire lives and Nelson, who Ian said can play anything, is one of the core members and the oldest in the group. He has been very instrumental to the success of the group, showing the others how to play and make instruments.

Since their ascent to the limelight the boys have handled themselves well and their exposure in the international scene has lent credibility to their performance. “It has been a positive step, after their UK performance they got invited to perform in the ‘Lake Of Stars’ festival in Malawi, before they were never asked to perform in that festival”.

In relation to their trip down under Ian said the boys are willing, happy and very appreciative of every opportunity. “Thanks to WOMAD in supporting artists from smaller countries, you know I have been playing music forever and it’s not that often that you see people giving such chances”.

Ian said he and his wife had a wonderful experience working with the boys and other outstanding artists across Africa “I just know that we are blessed and privileged to meet them, the dream is to share music and meet people that are talented and have something to offer the world”.

SALT Magazine looks forward to their performance in March 2015 at WOMAD and can’t wait to share the moment with our readers.

For more info about WOMADelaide or to purchase tickets, head to their website here.

My Sister’s Keeper: No Woman Left Behind

Though at a very young and vulnerable stage, My Sister’s Keeper is a newly formed community organisation which is here to stay. The aim…