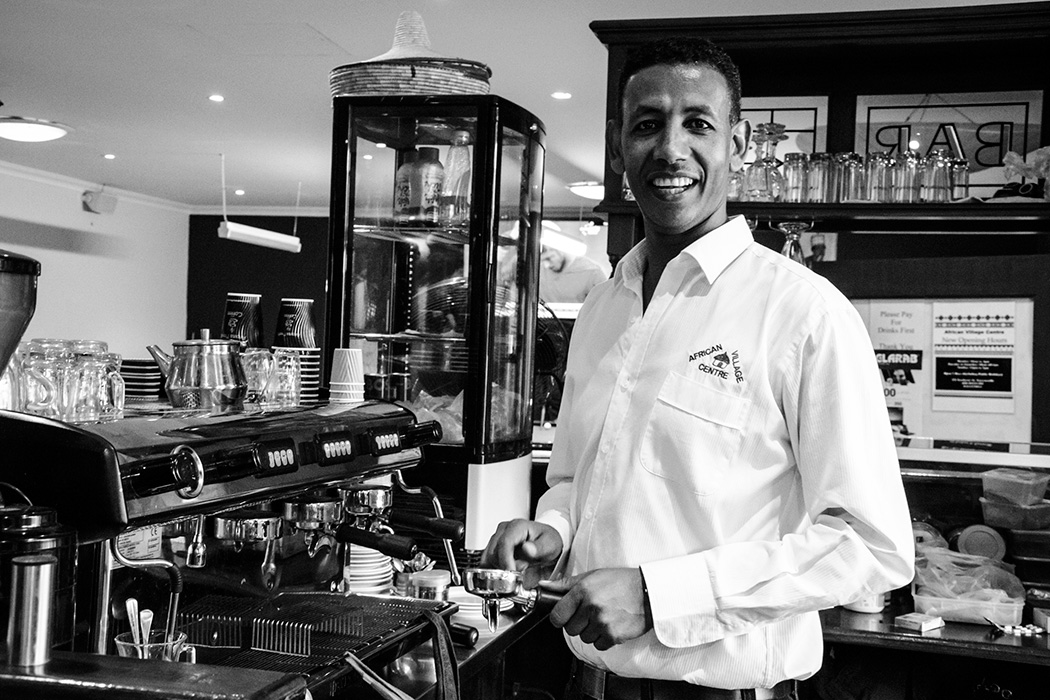 Melbourne and Sydney boast numerous African restaurants across their metropolitan areas while Adelaide apparently falls behind in numbers; but do we also fall behind on quality?

To test the theory, we called on the African Village Centre Restaurant at 2A Northcote Street, Torrensville, for a chat with its owner, Mohamed Beyan.
It was a morning visit, and coffee aromas filled the air as we entered, and we soon found Mohamed ready to chat with us in between serving a steady stream of customers.

He said he became involved in the food industry at an early age in Kenya, and when he arrived in Australia in 1998, he began work as a kitchen hand in Zack’s Café in Darwin, before moving on to the kitchen at the RAAF Base Darwin.

After moving to Adelaide, Mohamed said he decided to start his own restaurant when he noticed there was a shortage of outlets for African food – a gap he was determined to fill!

According to Mohamed the most sought after dishes on his menu, are Ethiopian specialties – customers have a choice between eight varieties – but he now intends adding West African foods.

One of the challenges he faces is the difficulty of importing African foodstuffs through Adelaide customs, a difficulty, he says, which his Melbourne and Sydney counterparts don’t have.

“But we will continue to meet the higher costs of bringing our products through Melbourne so that our customers can enjoy the traditional foods of their homelands.”

From the hard courts to the turf fields, grassroots sporting tournaments across Australia continue to redefine their status in society, in particular their importance…