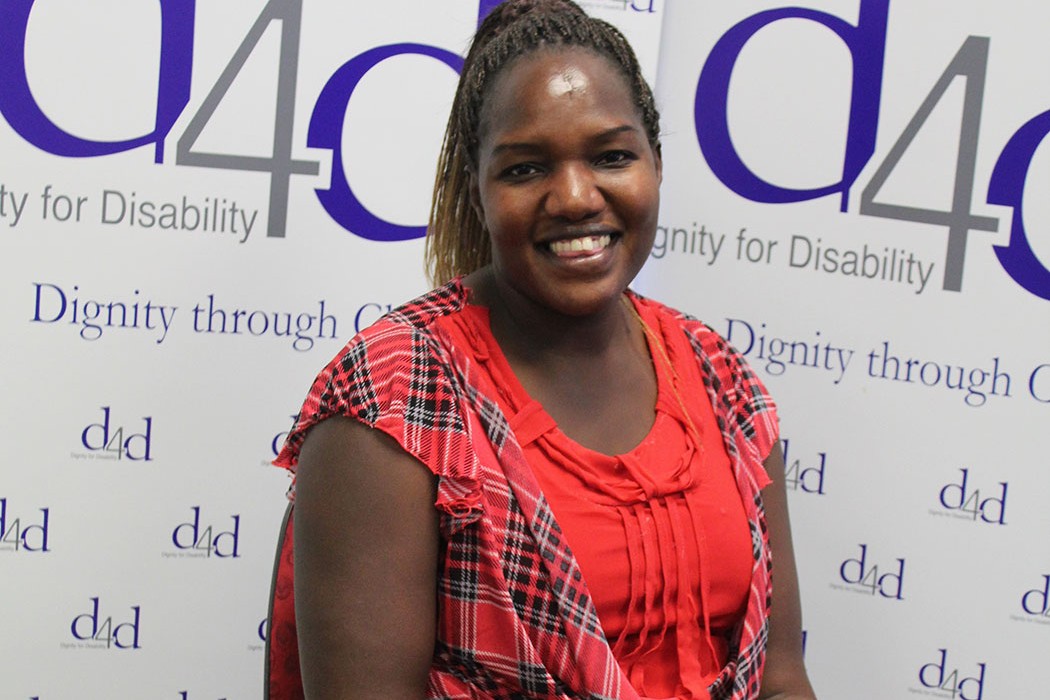 She was just six years old when rebels attacked her home in South Sudan.  They spared her life on a superstitious belief that hurting someone with a disability brings bad luck. After that lucky escape her mum carried her on her back from North Sudan to Uganda where she lived as a refugee for 19 years.

Growing up with a disability in a refugee camp in Africa is challenging but despite the difficulties posed by such an experience, Dignity for Disability (d4d) candidate Esther Simbi overcame the odds to become the first female African Australian to vie for a seat in the South Australian Parliament’s Upper House.

Salt Magazine caught up with Esther at her campaign headquarters to get an insight into what motivates her.

She said her reason for joining d4d is simply to help raise public awareness about people with a disability and be part of something she believes in. “We share the same values and they believe in helping people with disability who are quite often ignored” she said.

Esther said since her arrival in Australia she has been actively involved within the African community, she was instrumental in forming a Sudanese women’s support group while volunteering at the Migrant Resource Centre and it was in her bid to help others that she met the leader for d4d.

“I wrote a project about working with African people with disabilities in South Australia and in February last year I went to see Kelly Vincent in Parliament, the leader for the party, to discuss my project and seek support, and that was how I got involved with d4d”.

Esther said she would strive to ensure that everyone gets a fair go in all aspects of their lives. She said her party doesn’t just advocate for people with a disability but for all those disadvantaged in the system. Early childhood education, employment for people from new and emerging communities and affordable housing for those who are struggling to make ends meet are some of the issues that she will be tackling.

Esther said life was tough in Africa especially in a refugee camp and it pains her to see some Africans wasting the opportunities this country has offered them.

“I want to inspire other people, coming here is an opportunity, a blessing, there are lot of people who wanted this opportunity, so we that are lucky to be here should make use of the opportunities available to us.”

We wish Esher all the best in her bid to represent South Australians in Parliament.