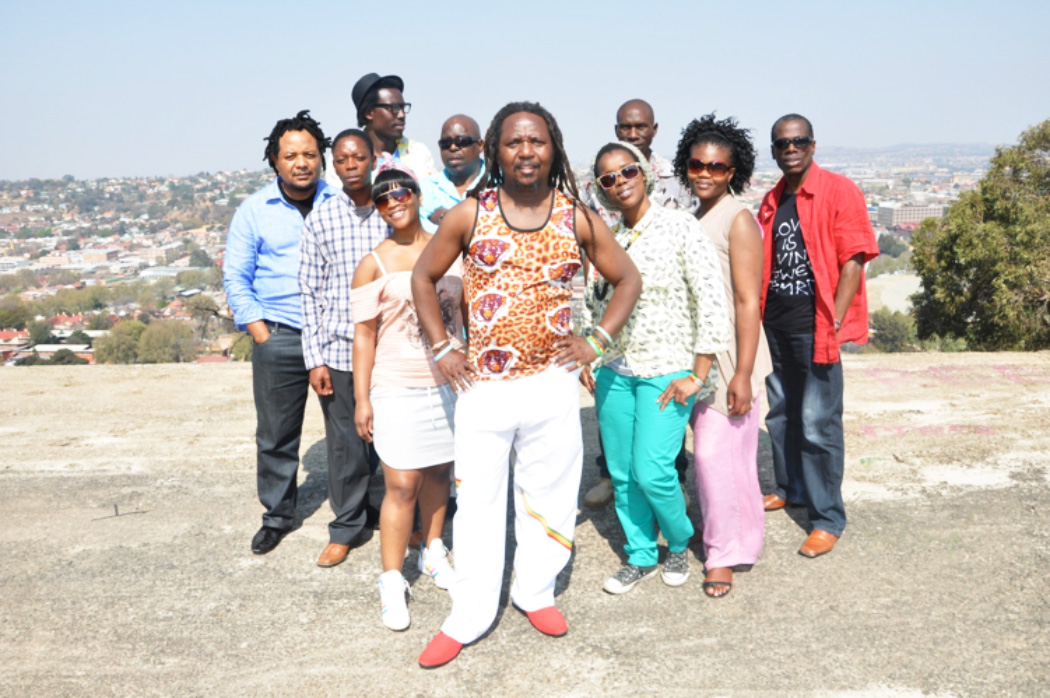 South African Reggae legends One People Band will be performing at Adelaide’s Thebarton Community Centre in a concert to commemorate the late Nelson Mandela on 14th December 2014.

The One People band have performed under many names: first they were The Slaves; then, after Mandela became the first black president in South Africa, they changed their name to Free at Last; until finally, after the death of their lead vocalist, reggae sensation Lucky Dube in October 2007, the band continued his legacy to become, the One People Band.

Now, with the amiable and equally charming vocals of Thuthukani Cele, aka “Thuthu”, the band has been busy collaborating with renowned artists across the globe. In 2008 the legendary Eddy Grant chose the One People Band to tour with him across Europe. Together they stormed the Glastonbury and Womad Festivals in the UK, where they also performed in a celebration of Mandela’s birthday. Further afield they have played in Ragamuffin Festivals in Australia and New Zealand.

The band is now about to release a new album, their first in 5 years.

Putting aside the pain they felt at the loss of their founder and leader, Lucky Dube, they decided the time was right to heal with a tribute album of soulful, sweet reggae in his honour, calling the album The Spirit of Reggae.

Salt Magazine looks forward to catching up with the band’s members when they get to Adelaide. In the meantime look out for their album in all good music stores.

Life’s no dress rehearsal for Shedrick

In a case of art imitating life, Shedrick Yarkpai’s recent theatre role was based on a refugee family’s struggle to build a new life….